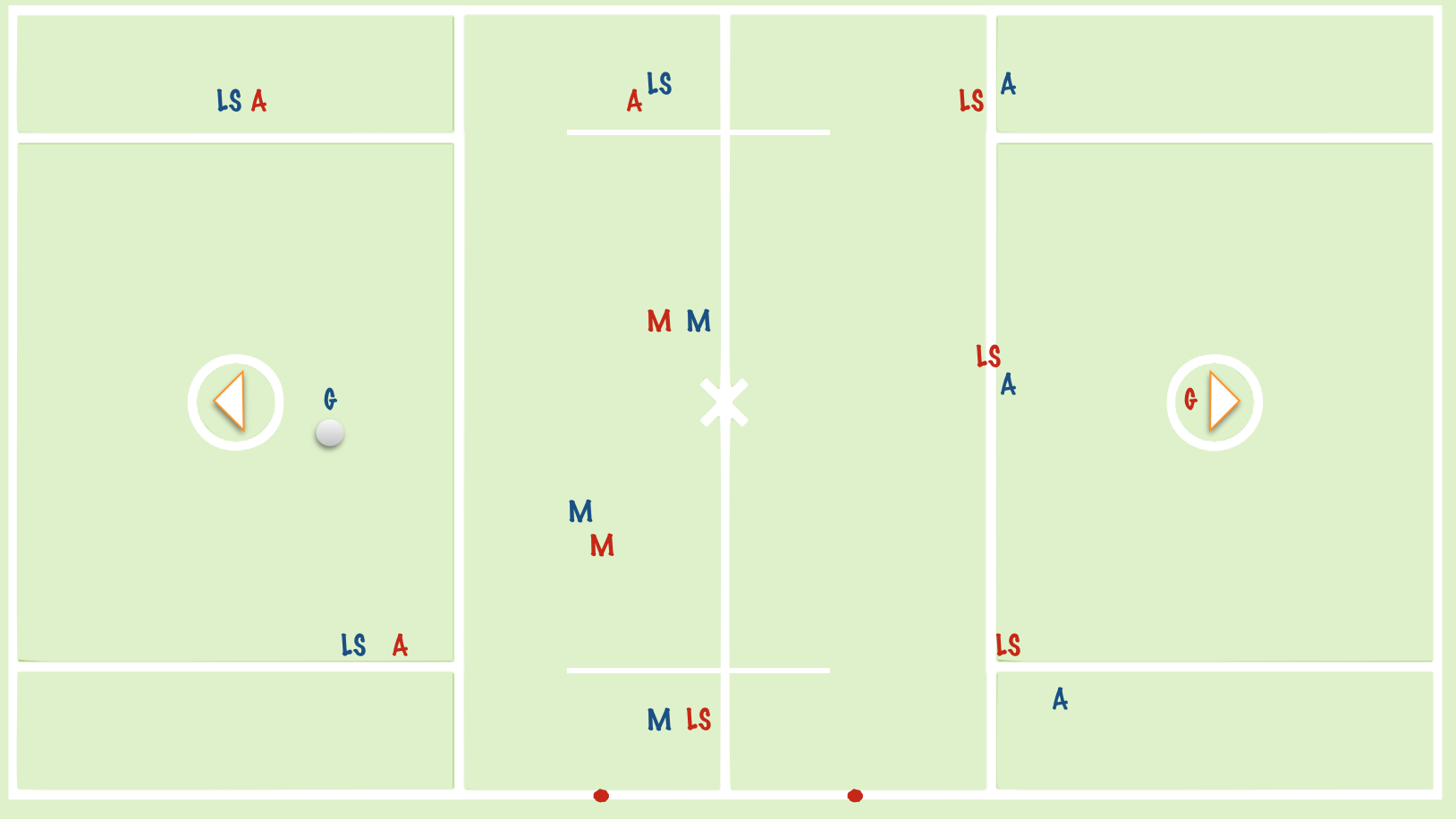 In a Basic Man To Man Ride everybody guards a man, but since clearing team has a 7v6 advantage, the riding team will need to leave someone unguarded.  Typically you would leave a goalie open.  However if the goalie is extremely talented at clearing the ball and the defensemen are extremely weak at handling the ball you may want to cover the goalie and leave the defensemen open.  This ride only works if your players can run with and cover the clearing team's players.

If the clearing teams players are faster and more skilled they will get open and be able to beat this ride with great ease.

If everybody is disciplined about riding and locks off their guy, the goalie under the time constraints will now have to walk it over the line.  For that to happen one of the clearing team's players will have to stay back.  Now the numerical advantage switches to the riding team, and while most of the riders still must stayed locked off on their guy, the riding player who was covering the player who stayed back can now leave his guy and jump the goalie.  VERY few goalies can make a legitimate run at the goal at this point.  Unless you are playing against Brett Queener, your odds are pretty good at this point.