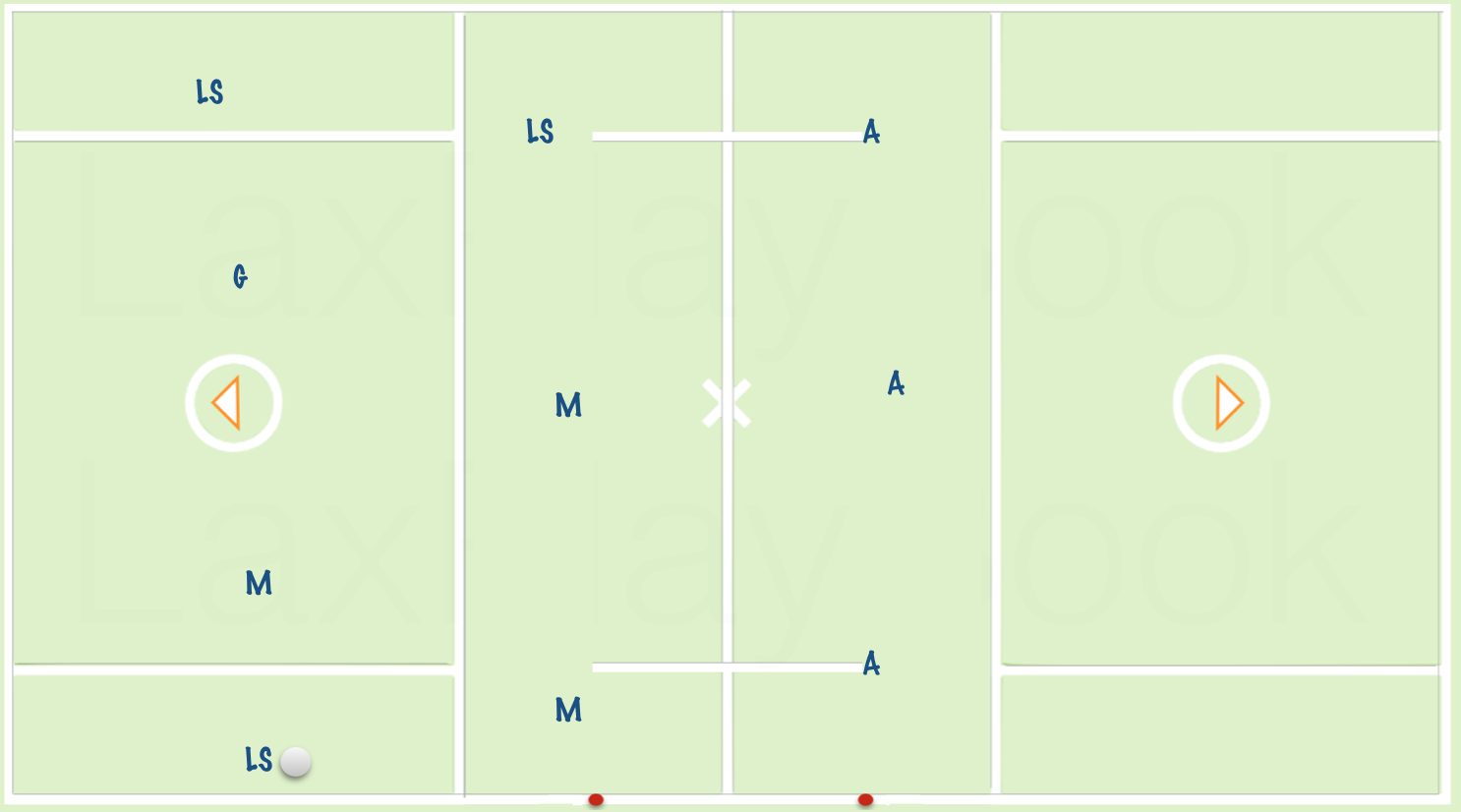 The 4 Man Low Clear is particularly useful at the youth level as it gives an easy outlet to the ball carrier and eliminates the need for a long pass.

This also works well against a aggressive ride.  If the clear encounters a lot of pressure down low this really challenges the riding team to come far down in order to cover the 4th player.  This would open up a ton of space in the midfield area making it much easier to get a fast break.

The clear functions on a very simple draw and dump philosophy.

- When the ball carrier moves up everybody moves up with him.

- The 3 best ball carriers should be his first 3 looks.

- If the ball carrier gets picked up he can dump it off to the player adjacent to him.  Ideally that adjacent player should be a strong middie who can run up the field, especially at lower levels against less experienced opponents, because most of the ride was focused on the former ball carrier who initially had the ball.  At this point the ball is where you want it to be, with your strongest runner in open field with many clear outlets.

- The running middie can bring the ball all the way to the offense, but if he can not beat his man he should continue with the draw and dump, drawing some defenders and then dishing the ball off to one of the two middies at the midfield who the riding team is leaving open.

- If the ride is covering everyone upfield, the running middie's other option is dump the ball back to the goalie who can then reverse field to the far-side defenseman who can now clear on the opposite side.  Remember, the clearing team normally has an extra man advantage meaning someone will be open for the pass or the carry.