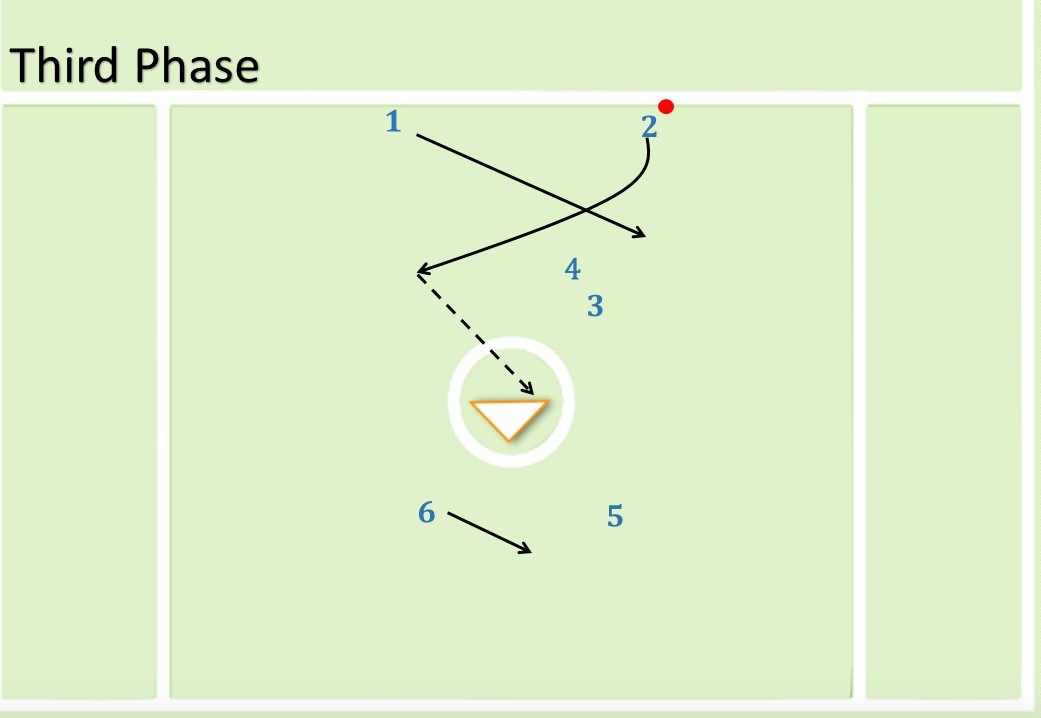 Objetive: To move the players  to one side of the field for creating space and okayer confusión and in this way create a goal chance