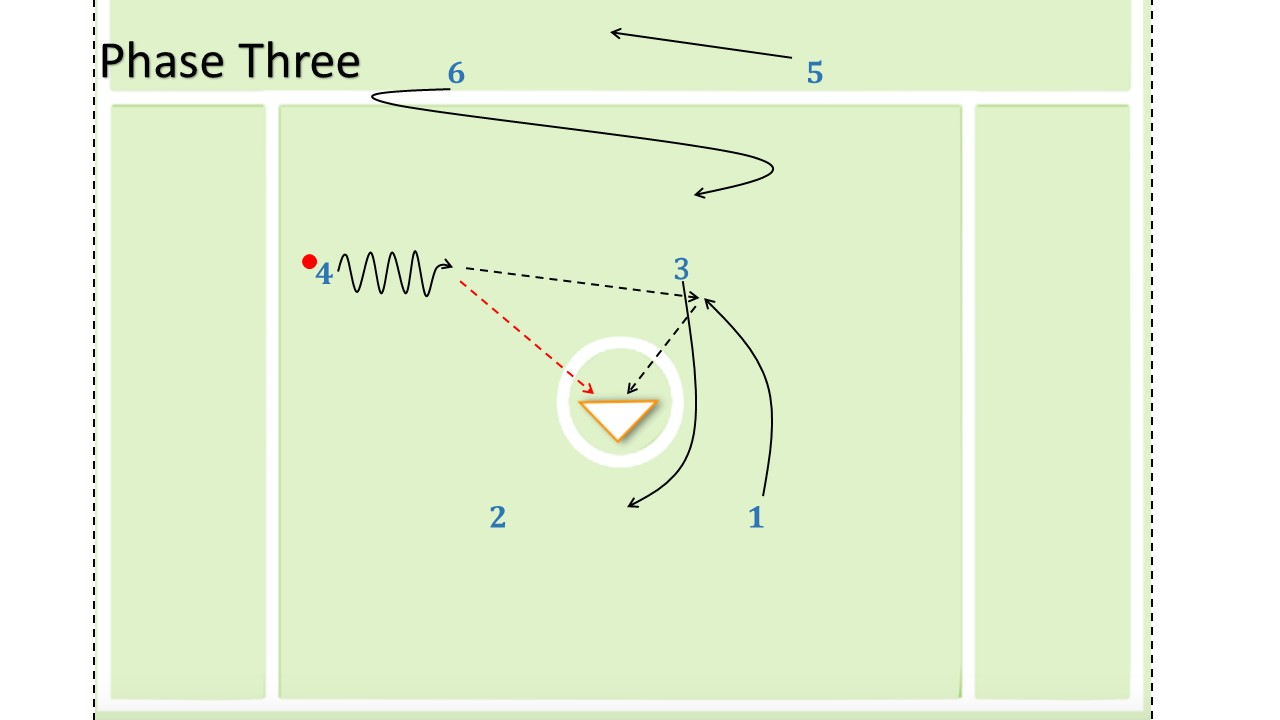 To isolate a 1 vs 1 dodge on the wing, creating space through the moving off the ball