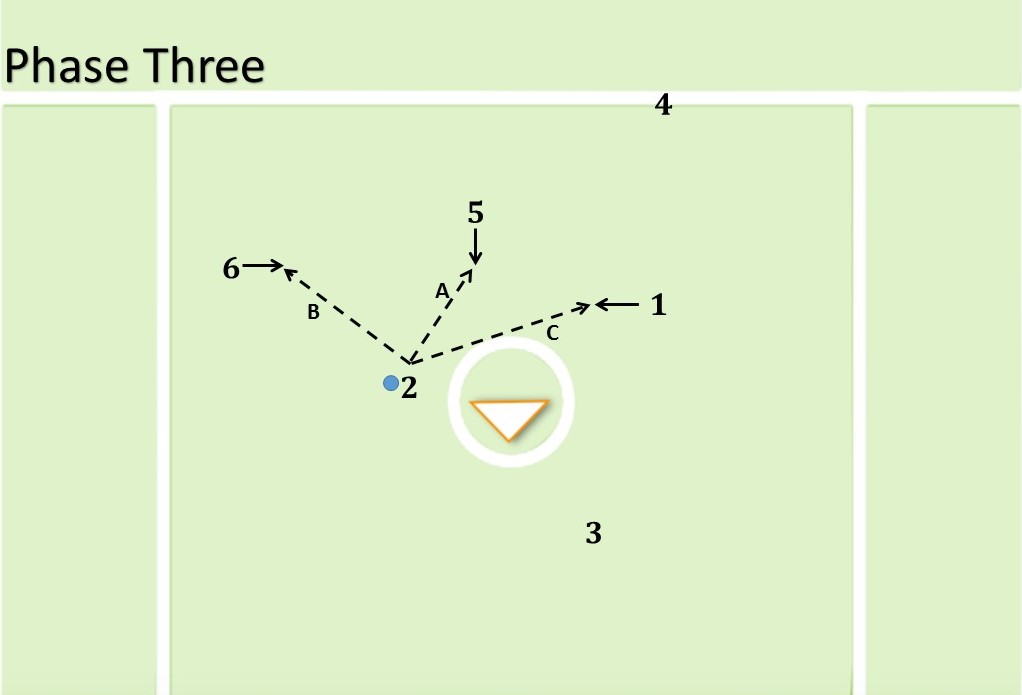 Objective: To create multiple scoring opportunities from a Dodge that starts behind the goal in a 2-2-2 formation