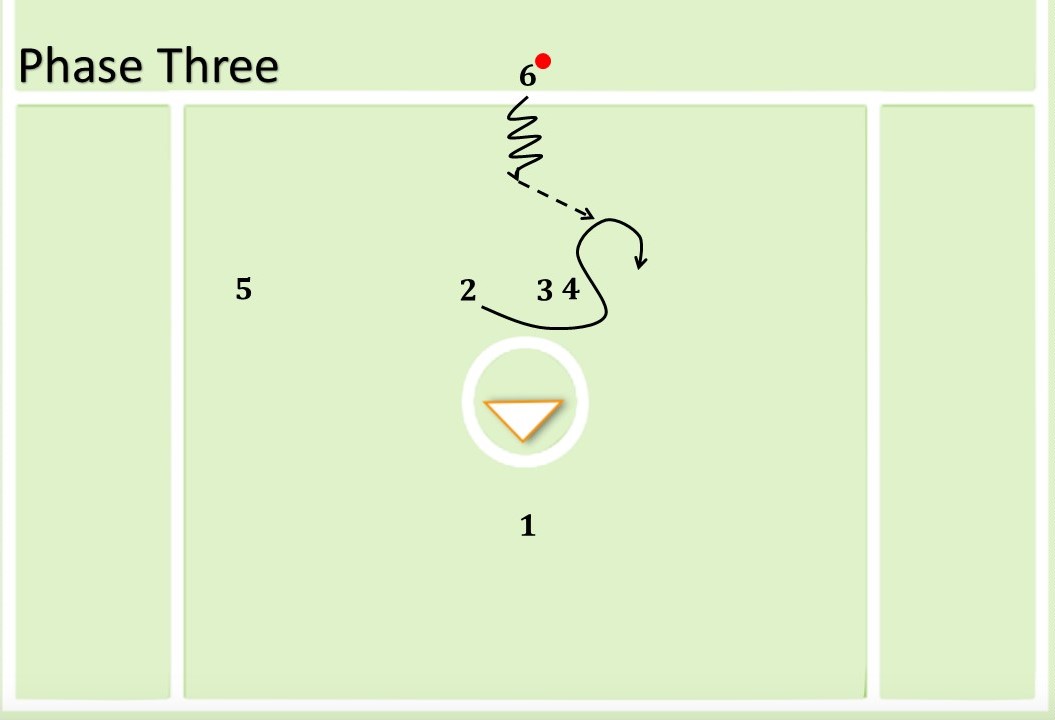 Objetive: To use the 1-4-1 formation to execute a constant dodging offense.

-          The players need to learn all the positions on the field to run this style of motion.