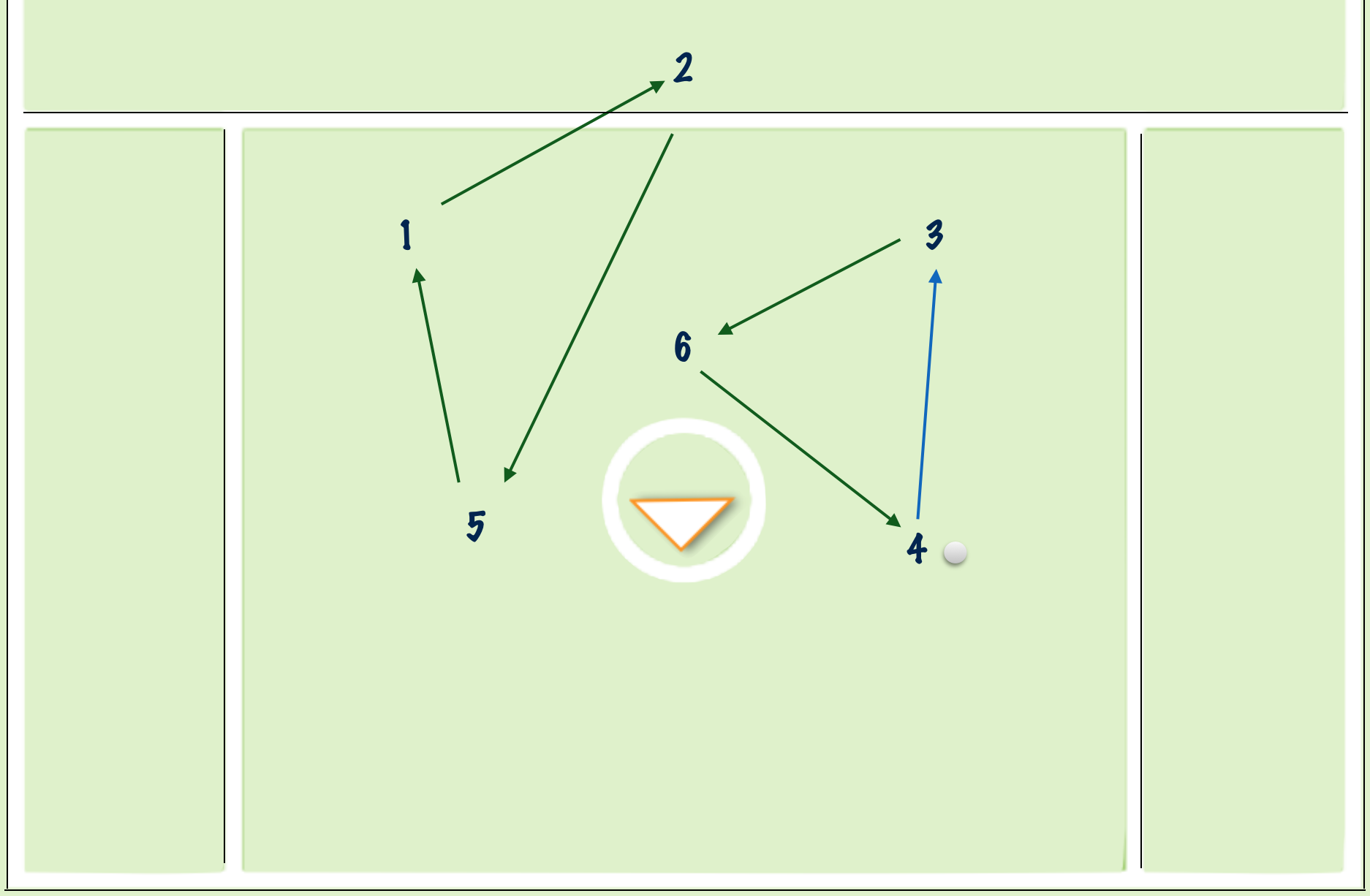 I spotted this 1-3-2 Side Triangle Carry play watching the Ohio Machine vs the Long Island Lizards in 2012.  The Ohio Machine had Connor Martin and Chazz Woodson, arguably two of the most dynamic and fun to watch players in the game.  Everybody watching was eager for them to get the ball and see what they were going to do, which brings us to the genius of this man up play.

Connor Martin was where #4 is on the diagram below, Chazz Woodson was where #6 is in the crease.


Now the top right defensemen is in a precarious position.  Does he:

While this is going on the other triangle is rotating with:

This puts the top left defensemen in an impossible position -- if he is able to recognize that they are there, which of the 3 players in his area should he address?

At this time typically the shooter #4 will be picked up.  Thus he can dump it off to #1 who will have an EASY 2v1 game to play with #1 and #5 versus that hapless top left defender.

This all started by forcing the defense to play the two stars, which pulled the defense into sluffing over and left the backside wide open.